In April 2008, the late Richard Holbrooke claimed that “If it had not been for the Dayton Peace Accords, 9/11 would probably have been planned in Bosnia, not in Afghanistan.” The numerous Bosnian connections to both World Trade Center attacks suggest that the situation was probably even more serious than Holbrooke realized. Unfortunately, the inability to connect the numerous intelligence dots connecting the 9/11 plotters with Bosnia proved to be a fatal misstep along the way to one of the most tragic days in U.S. history. 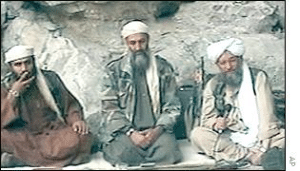 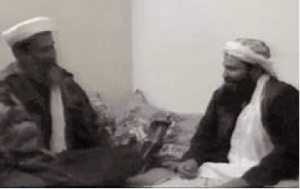 The first World Trade Center bombing in February 1993 was financed in part by monies provided by the Third World Relief Agency (TWRA), a Vienna-based “Islamic charity” founded by a Sudanese national named Elfatih Hassanei, a long-time associate of Bosnia’s Islamist first president, Alija Izetbegović. TWRA has been called “Bosnia’s unique gift to radical Islam and Al Qa’ida . . . the Bosnian ‘model’ of how to use NGOs and aid money to pay for jihad and terrorism.” TWRA also ran a covert program attempting to convert U.S. military personnel serving in Bosnia to Islam and then join Al Qaeda. At least a dozen U.S. soldiers reportedly participated in this effort.

Clement Rodney Hampton-el, an American who had trained in terrorist camps in Afghanistan, admitted in federal court that he had obtained TWRA funds to operate military-style training camps in New York, Connecticut, and Pennsylvania for individuals who would go on to be involved in the 1993 World Trade Center attack. At his trial, Hampton-el claimed that the individuals at these camps were training for jihad in Bosnia. In the eight weeks before the first World Trade Center Bombing on 26 February 1993, Hampton-el made three trips to TWRA’s Vienna offices, from which he received a total of $40,000 (U.S.). In December 1995, an individual wanted in connection with the first World Trade Center bombing was killed by Bosnian Croat forces near Žepče in central Bosnia.

Another individual involved with TWRA was Omar Abdel-Rahman, a.k.a. “the blind sheik,” convicted in U.S. federal court for seditious conspiracy in the Landmarks Bombing Plot in 1993, which had targeted the United Nations Building, the Lincoln and Holland tunnels, the George Washington Bridge, and FBI headquarters in Manhattan. After the first World Trade Center bombing, the FBI succeeded in turning Rahman’s former driver into an informant, who began telling American officials about a terrorist organization named “Al Qaeda.” In 1993-94 the driver travelled to Sudan and met with bin Laden. In 1994, he began working for the CIA and was sent by the agency to infiltrate Bosnian Al Qaeda cells. Unfortunately, his identity was betrayed, and he was killed by Al Qaeda operatives in Bosnia at some point in 1994-95.

The Bosnian connections to the greatest mass murder in American history are similarly extensive. The British journalist Eve-Anne Prentice of The Guardian and German journalist Renate Flottau of Der Spiegel reported meeting Osama bin Laden in Alija Izetbegović’s office during the war. Osama bin Laden was given a Bosnian passport by Izetbegović’s foreign ministry, which was confiscated by the Pakistanis as Bin Laden was crossing over from the Afghan border.

Khalid Sheikh Mohammed (KSM),, the mastermind of the 9/11 attacks, fought in the Bosnian jihad, made at least two known trips to Bosnia in 1992 and 1995, and was given Bosnian citizenship. While in Bosnia, he met two other jihadists in Izetbegović’s army, Khalid al Mindhar and Nawaf al Hazmi, whom he would later recruit to be muscle-hijackers for the 9/11 attacks. During his second known trip to Bosnia in the autumn of 1995, he worked for an Islamic NGO, the “Egyptian Humanitarian Relief Agency,” and established himself in downtown Sarajevo at 11 Bjelave Street. Unfortunately, on the eve of an FBI mission to Bosnia to apprehend KSM, he was apparently tipped off by local authorities and fled Bosnia, after which the FBI was then conveniently informed that KSM had left the country.

Soon after leaving Bosnia, in late 1996 KSM presented his plan for what would become the 9/11 attacks to OBL. One of Al Qaeda’s leading bomb makers, Tariq Mahmoud Ahmed al Sawah, who was stationed in Bosnia for most of the 1990s, claims that he saw KSM “on several occasions between 1995 and 1999 when [KSM] came to Bosnia to recruit fighters and train and help train other fighters in Afghanistan.”

The core group behind the 9/11 attacks was Al Qaeda’s so-called “Hamburg cell,” led by Bosnian jihad veteran Mohammed Haydar Zammar, and the man who recruited Mohammed Atta, the ringleader of the 9/11 attacks. Zammar has been variously described as the “patron” of the Hamburg Cell, the man “under whose tutelage” it operated, and “a sort of surrogate father to the pilots surrounding Mohammed Atta.” Ramzi Binalshibh, “coordinator” of the 9/11 attacks, also operated in Bosnia in the 1990s.

One of the key missed opportunities to unravel the Hamburg Cell—and thereby to disrupt the entire 9/11 conspiracy—came in the summer of 1998. At that time, an Islamist extremist with ties to Saudi intelligence, Reda Seyam, described as one of the top five Al Qaeda agents in Europe, operated in Bosnia from approximately 1994-1999. During the Bosnian jihad Seyam had produced videos showing mujahedin in central Bosnia playing soccer with the heads of decapitated Serb prisoners. In the autumn of 1996, Seyam had driven 9/11 “coordinator” Binalshihb from the jihadi camp in Bočinja in central Bosnia to Germany.  In 1997, Seyam set up a “rental-car agency” which was apparently a Saudi intelligence front operation.

In May 1998, one of Al Qaeda’s co-founders, Mamdouh Mahmoud Salim, arrived in Sarajevo at the invitation of the Bosnian-based “Ljiljan Commerce Group,” on a visa issued to him by the Bosnian consulate in Turkey. Salim, a founding member of Al Qaeda, was reputed to be Bin Laden’s personal imam.

It is not known whether Reda Seyam and Mamdouh Mahmoud Salim met while the latter was in Bosnia, but the possibility seems likely. Both men had financial connections to a third individual named Mamoun Darkazanli, a Syrian “businessman” and imam based in Hamburg. Seyam had provided $250,000 to an account controlled by Darkazanli, while Salim had given Darkazanli power-of-attorney over a bank account he held in Hamburg.

Unfortunately, the significance of the relationships between Seyam, Salim and Darkazanli was only understood after the 9/11 attacks, when German investigators found a video of the October 1999 marriage of 9/11 conspirator Said Bahaji at Hamburg’s Al Quds mosque. Prominent amongst the guests in the video were Darkazanli and 9/11 hijacker-pilots Mohammed Atta, Marwan al-Shehhi, and Ziad Jarrah.

After the 9/11 attacks, a Spanish court indictment labeled Darkazanli “Osama bin Laden’s financier in Europe.” Mamdouh Mahmoud Salim left Bosnia in the summer of 1998 after being tipped off by Bosnian intelligence agent (and former Alija Izetbegović bodyguard) Munib Zahiragić that he was under surveillance. Salim was arrested in Germany in September 1998 at the request of American authorities because he was suspected of masterminding the U.S. African embassy bombings a month earlier. Unfortunately, after arresting Salim in September 1998 German authorities failed to investigate the bank account he had given Darkazanli control of. It was later discovered that Darkazanli had wired money from the account to the 9/11 conspirators, and after arriving in the U.S., Mohammed Atta returned the unused operational funds back to the Salim/Darkazanli account.

One of the key moments in the runup to the 9/11 attacks was an organizational meeting between Binalshihb and Mohammed Atta held in Tarragona, Spain, in July 2001. The meeting was organized by the leader of the Al Qaeda cell in Spain, Imad Barakat Yarkas (alias “Abu Dahdah”), and Bosnian jihad veteran Amer Azizi. Unfortunately, it was only after 9/11 that Spanish investigators would understand the importance of Yarkas’ connections to the 9/11 plotters, when wiretaps on his phone revealed that he had been in regular contact with Zammar and Darkazanli, and that he knew Binalshihb and Said Bahaji as well. In fact, Yarkas’ Spanish Al Qaeda cell included numerous Bosnian jihad veterans, including Salahuddin Benyaich (a.k.a. Abu Mugen, a well-known jihadi who lost an eye in Bosnia), AbdelazizAbdel Aziz Benyaich, Said Chedadi, Osama Darra, Jasem Mahboule, Mohamed Needl Acaid, and Mohamed Zaher Asade.

After the 9/11 attacks, raids on “Islamic charities” in Sarajevo in March 2002 turned up Al Qaeda’s donor’s list, the so-called “Golden Chain,” documents relating to Al Qaeda’s founding, and scans of handwritten correspondence between bin Laden and his associates.

Another organization used to support the Bosnian jihad was the Saudi High Commission for Relief to Bosnia (SHC), which U.S. federal court documents described as “a fully integrated component of al Qa[e]da’s logistical and financial support infrastructure.” Raids on SHC offices in Sarajevo in October 2001 found “computer hard drives containing photos of the World Trade Center, the U.S. embassies in Kenya and Tanzania, and the USS Cole (note: all targets of terrorist attacks involving Bosnian jihad veterans); documents about pesticides and crop dusters; photos and maps of Washington, D.C. (with prominent government buildings marked); and instructions for fabricating U.S. State Department badges.”

An indication of how secure Al Qaeda leaders must have felt in Bosnia at this time is the fact that in the wake of the 9/11 attacks, security officials claimed that some seventy Al Qaeda members were planning to flee from Afghanistan to Bosnia in anticipation of expected U.S. attacks on the Taliban.

In 1996, the Third World Relief Agency was awarded a gold medal by the Izetbegović government for its “services to Bosnia.” In the same year, the Central Intelligence Agency named TWRA an NGO that “employ[s] members or otherwise facilitate[s] the activities of terrorist groups operating in Bosnia.”

Bosnian jihad veteran and Tarragonna meeting organizer Amer Azizi was subsequently implicated in the Madrid bombings, and was ultimately killed in a U.S. drone strike in Waziristan. The other organizer of the Tarragona meeting, Spanish AQ leader Imad Barakat Yarkas, was, upon his arrest in November 2001, in possession of “several maps of Bosnia showing transit routes to Europe for holy warriors.”

In March 2014, Bosnian jihad veteran Sulaiman abu-Ghaith was convicted in U.S. Federal Court for conspiring to kill Americans during the 9/11 attacks.

After his Bosnian sojourn Reda Seyam was implicated in the October 2002 Bali nightclub bombings. In 2013, the former Sarajevo rental-car agent became the “education minister” of the Islamic State. He was reportedly killed in Syria in 2014.

One month after the 9/11 attacks, Alija Izetbegović resigned from the last of his public positions after the U.S. threatened to declare his political party a terrorist organization if he refused to step down. As another analyst has noted,

Despite desperate attempts to conceal his duplicity in his dealings with Muslim militants, Izetbegović’s days as a respected political leader were permanently over. A month after the terrorist attacks in New York and Washington, he officially stepped down as head of Bosnia’s most powerful Muslim nationalist party, citing health reasons.

Upon Izetbegović’s death in October 2003 the International Criminal Tribunal for the Former Yugoslavia (ICTY) announced that he had been under investigation for war crimes.

In the years after 9/11, American officials belatedly began to acknowledge the intelligence failure that resulted from the U.S.’ inability to recognize the nature and scale of Al Qaeda activities in Bosnia. In 2005, Richard Holbrooke would admit that the U.S. had misread the situation, noting that when the Clinton Administration turned a blind eye to the influx of Islamist militants into the country, “we [then] called them mujahedin freedom fighters. We now know that that was Al Qaeda.”

Similarly, Richard A. Clarke, the former National Coordinator for Security, Infrastructure Protection, and Counter-Terrorism, noted that “what we saw unfold in Bosnia was a guidebook to the bin Laden network, although we didn’t recognize it as such at the time . . . Although Western intelligence agencies never labeled [the mudžahedin activities] in Bosnia an al Qaeda jihad, it is now clear that is exactly what it was.”